The Green Thumb Garden Club invited Justin and Jonathan to Greensboro Country Club to present their Christmas Program on December 9, 2016. The club, founded in 1944, is among Greensboro's oldest garden clubs.

Following a hearty prosecco wine get-together and a delightful lunch, the boys heard a brief Q&A session on ensuring blooms on the Christmas Amaryllis and few other gardening tips. Club members were as eager to learn Lighted Christmas Ball history as the Smiths were to share to share the story. In no time, the gardeners-turned-LCB-makers dove in to bending, fastening and shaping 27 pre-cut sections of Chicken Wire into neat, uniquely shaped globes.

If there were ever fast and nimble learners, these gardeners were they. Here are a few pictures from the event; if any members took any pictures, please email and we'll be glad to add them.

Thanks Green Thumb Garden Club for extending the right hand of fellowship and for your generous donations for North Carolina Food Banks. P.S. A downloadable how-to instruction sheet may be accessed by clicking on the Lighted Christmas Ball drawing beneath "How To Make" in the sidebar. 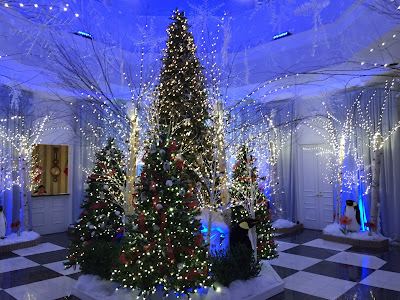 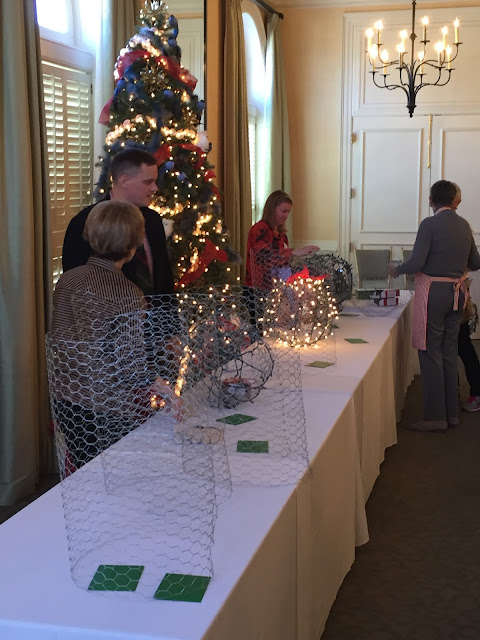 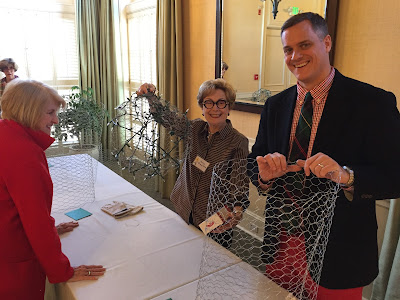 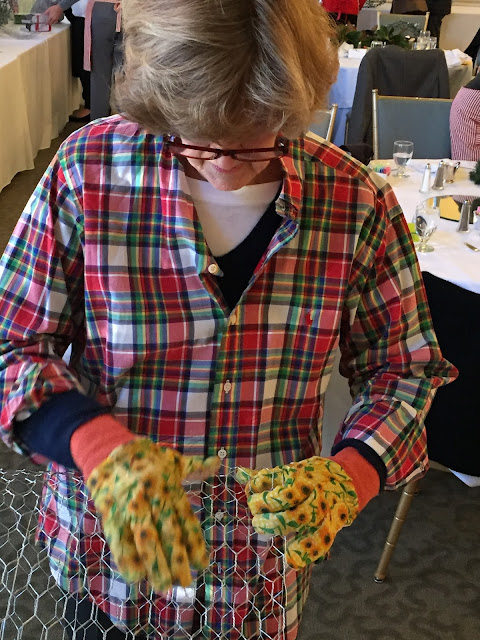 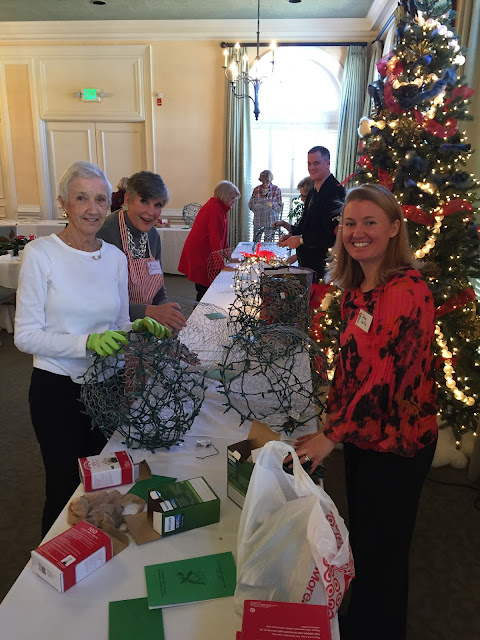 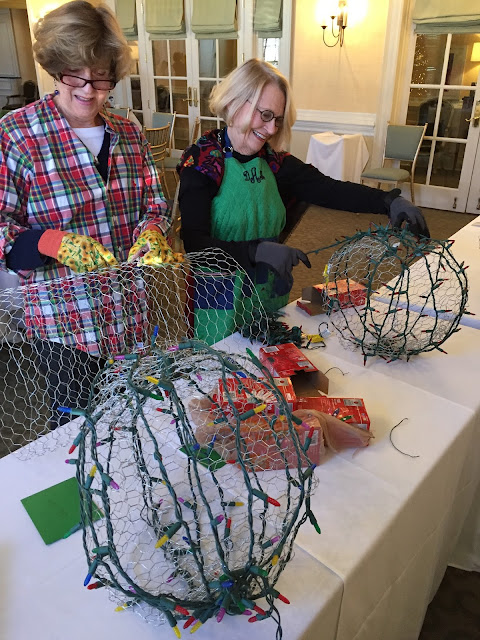 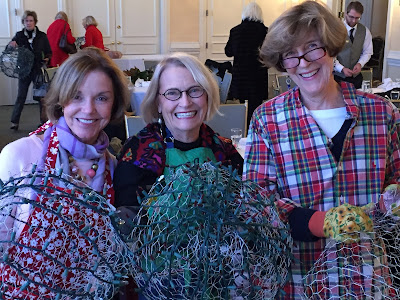 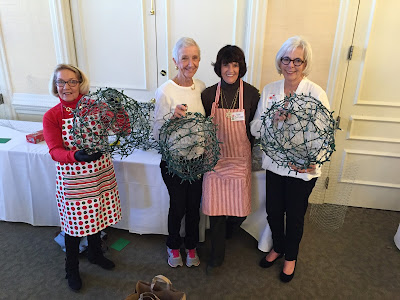 Many lights are now up - donations collection spots 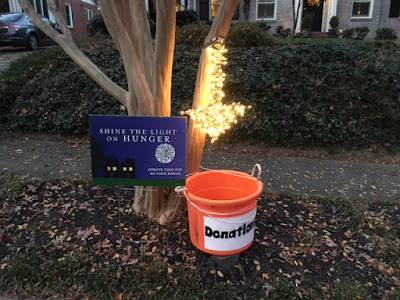 New Canned goods Drop off location on Berkley. We have also moved the trailer out front at 2205 Madison Ave. I'm sure the trailer at Rolling and East Greenway will be out soon. We will put the tent up at 2205 today to shield the food donations from the weather.  If you have $$ donations, you can make checks out to Second Harvest and mail them to us at 2205 Madison Ave Greensboro NC 27403 or drop them off in our mail slot.  We will make sure they get to the food bank right away.

If you live in Sunset Hills and need wire or help, please let us know.

It's that time of the year

We hauled out our spheres and piled them up in the back yard to check and repair where needed.  It's a daunting job but at the same time with these dark afternoons it is fun to think of lighting up the skies above Sunset Hills once again.  We have heard from Jamey and Phil and other neighbors that their efforts are underway as well.

Last year was a terrific year for the Shine the Light on Hunger food drive. The generous folks in Greensboro and beyond dropped off $20,018 pounds of canned food and $57,306.25.  The 5Kish Running of the Balls was responsible for $45,028 of the total.  Thanks to Running with Horses for their part.